Piping: It's a Little Line of Color with a Big Punch for a T-shirt Quilt

What is Piping in a Quilt?

Piping is a folded strip of fabric added to a seam between two pieces of material. Typically, the piping is a contrasting color which adds a pop of color and draws your eyes to that spot on the quilt. 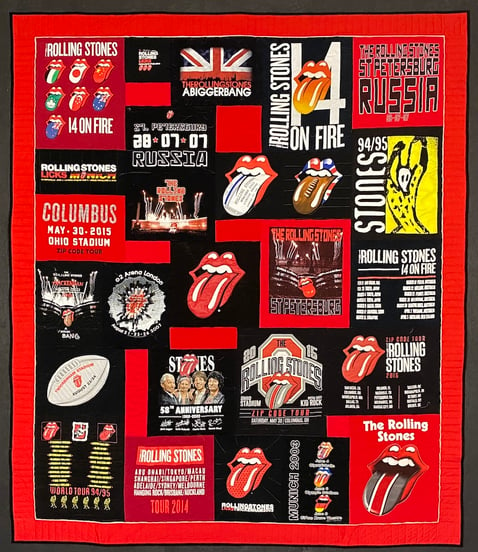 If you are looking for a way to make your T-shirt quilt standout, you might consider adding piping. Piping is an embellishment that is sewn into a seam to bring emphasis to or separate two elements of a quilt.

Piping is a folded strip of fabric added to a seam between two pieces of material. Typically, the piping is a contrasting color which adds a pop of color and draws your eyes to that spot on the quilt.

Once we began adding borders to our T-shirt quilts, we discovered how much fun we could have adding piping. Through experimentation and play, we developed the experience and expertise to use piping. We are now offering this as an option for your quilt.

In the Rolling Stones T-shirt quilt here, we have piping between the red border and the inside of the quilt. This keeps the border from visually getting lost against a red block on the side of the quilt.

Where and how can piping be used in a T-shirt Quilt? 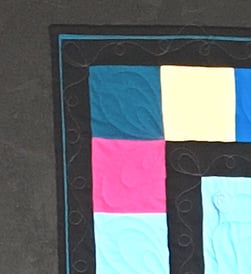 When piping is put between your quilt and its binding, you will see a little line of color along the binding. This can give a quilt an additional framing element. And it just looks cool.

We have also used piping to separate the body of a quilt from its border. This little shadow line helps to divide the quilt into its two parts – the body and border.

We have also used piping to separate out a border made from identical T-shirts. This allows your eye to know that everything above and below that line is a border. Without this line, using a row of identical or similar shirts along the top and or bottom loses its effectiveness.

Here is an example of how we have used piping on a quilt made with a woman's sorority T-shirts. The top and bottom of the quilt are shirts all with the sorority letters. These shirts might have become tedious if they had been used throughout the quilt. By using the blocks as a border separated with piping, they tell someone looking at the quilt exactly what it’s about. They almost act as a headline for the quilt.

Do you have one special shirt that you want to standout from all the other T-shirts in your quilt? Piping added around an individual block that is centered in the quilt will make that block prominent and the focal point of your quilt. In the photos here you can see how this white block jumps out from the other blocks. 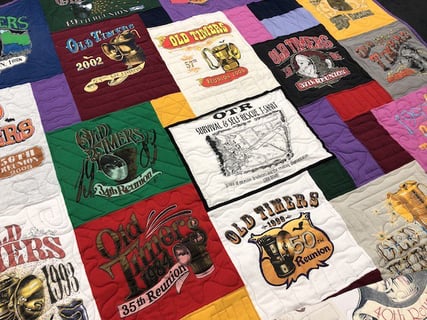 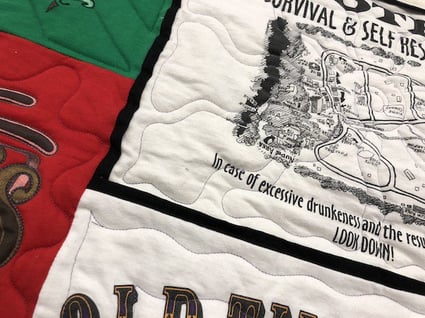 What are the cost of adding piping to a T-shirt Quilt?

There are two main costs associated with adding piping: labor and materials.

Labor – This is the main costs of piping. Some of the steps include finding the correct color, cutting the thin strips and sewing the pieces into the quilt. The sewing is actually a two-step process. The first step is to sew the piping in the seam.

The second step, which is trickier, is to top stitch the piping so it lays smooth and flat. This top stitching shows on the final quilt so it must be sewn very neatly and evenly. 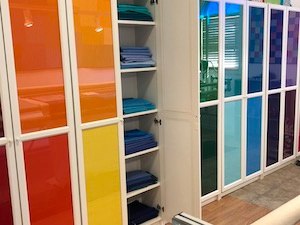 Material – There isn’t a lot of material used in piping. Most of the time we are able to use long thin strips from our stash of fabric. But if we don’t have the color you want for the piping, then we would have to cut and wash fabric to use.

Should you add piping to your quilt?

Don’t opt for piping if:

See more photos of quilts with piping below.

This quilt has a thin teal piping under the binding. 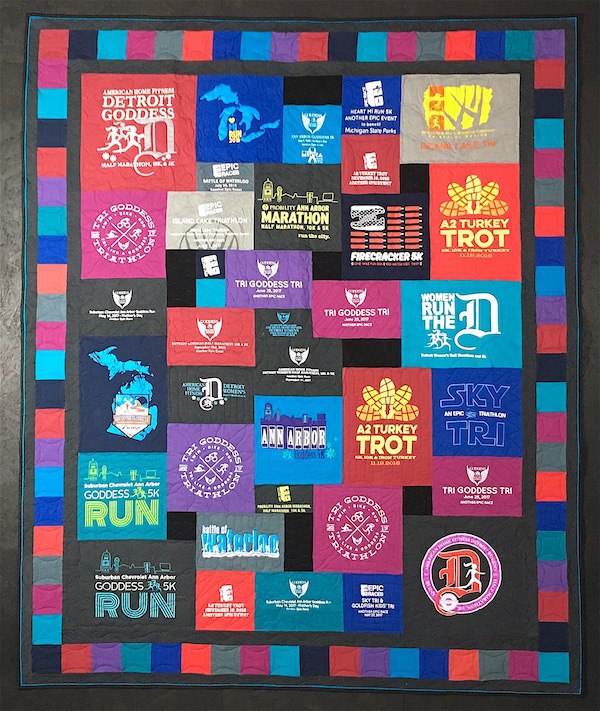 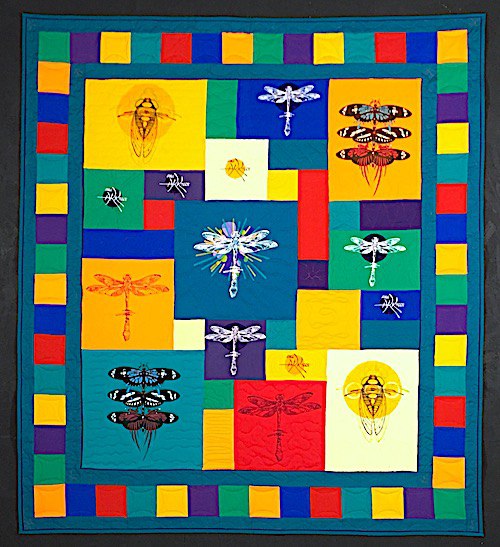 This is an example of using piping to divide a top and bottom border made from nearly identical T-shirts. 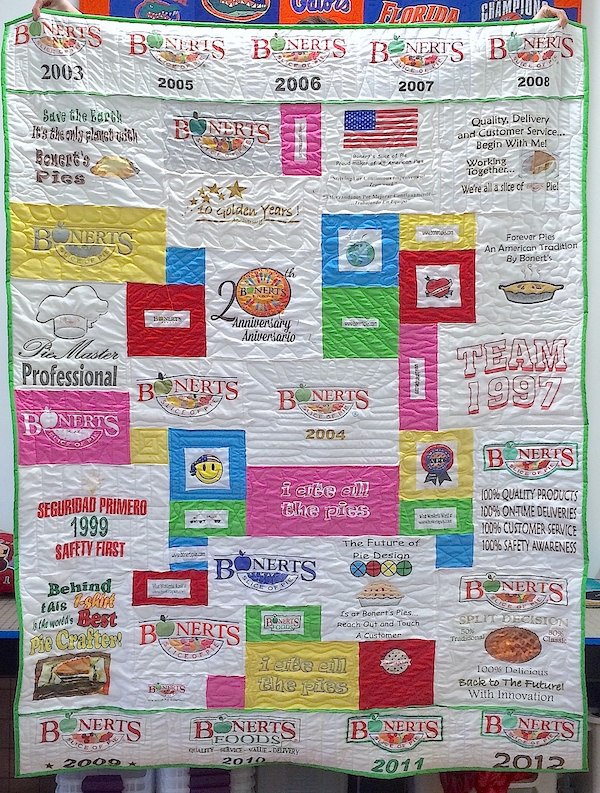 This is another example of a sorority quilt with piping.
We used the sorority letters on the top and bottom and divided this border from the body of the quilt with pink piping.