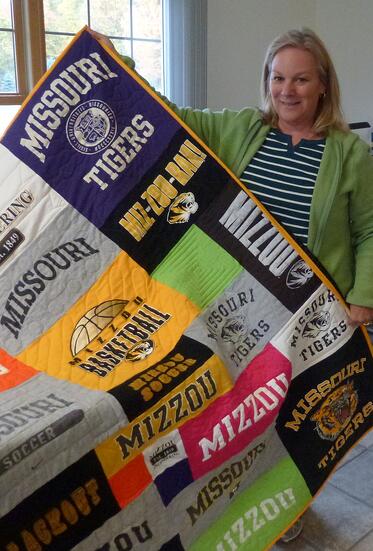 Too Cool T-shirt Quilts-Ballwin is located in the St. Louis, Missouri area and is owned by Chris Hejna.

Chris was then inspired to begin quilting after watching women hand piece quilts at her first job. Quilting became an important part of her life after that. Around 2002, Chris began helping make quilts for her children's school to auction as a fundraiser. After a while, Chris then took over the quilting committee, which is eventually what led her to T-shirt quilts. 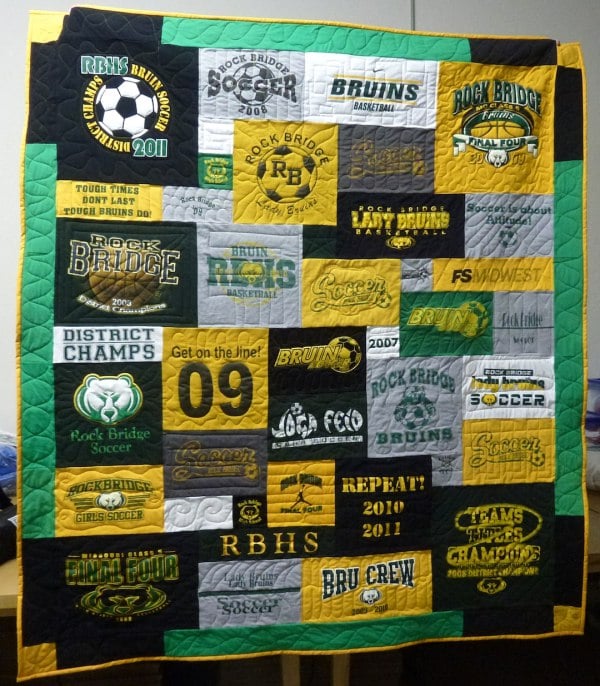