The History of the T-shirt Quilt 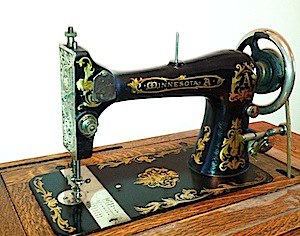 A very quick overview of quilting for the past 150 years

150 years ago and more, most women and many men made quilts. They made them for a functional reason – they needed a blanket. These quilts were made from scrap material and used clothing. Nothing went to waste.

During the 1930’s there was a resurgence of quilting due to the Depression. Materials had changed as cloth had become more refined and there were more fabrics to choose from. During this time period, more complex quilting block designs became the rage. And as they became popular, new block designs were created.

After WWII, quilting again became passé. Around the mid 1970’s quilting had another resurgence partly as a backlash to commercialism. By the early 1990’s quilting had moved from a necessity to a hobby. We were making quilts because we loved quilts and the process of making a quilt.

And then we started to have too many T-shirts

As the price dropped, event organizers started giving out T-shirts as part of the entry fee at various events. You could find T-shirts as souvenirs, at concerts, museums, schools, and malls – anywhere someone wanted to exploit the canvas that T-shirts had become. Basically, the output of T-shirts exploded. And then we had too many T-shirts.

The explosion of T-shirts and the resurgence of quilting intersected.

The result? The T-shirt quilt of course! 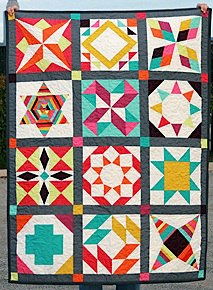 During the early resurgence of quilt making that took place in the late 1970’s, quilters were making sampler quilts. A sampler quilt is made from many different pieced block patterns. The blocks, all the same size, are laid out in rows and columns with sashing separating the rows and columns.

Block patterns had been around for a long time. It was in the 1930’s that they became more popular and as a result, a plethora of patterns were developed.

In the 1970’s and early 1980’s, quilters started making sampler quilts from the blocks published in the 1930’s because as a whole, the community was rediscovering quilting. Quilters wanted to try to piece all types of blocks because it was fun and traditional. Contemporary quilting was still on the horizon at this time. The awesome quilt on the left is a modern take on a sampler quilt.

At some point the first T-shirt quilt was made. 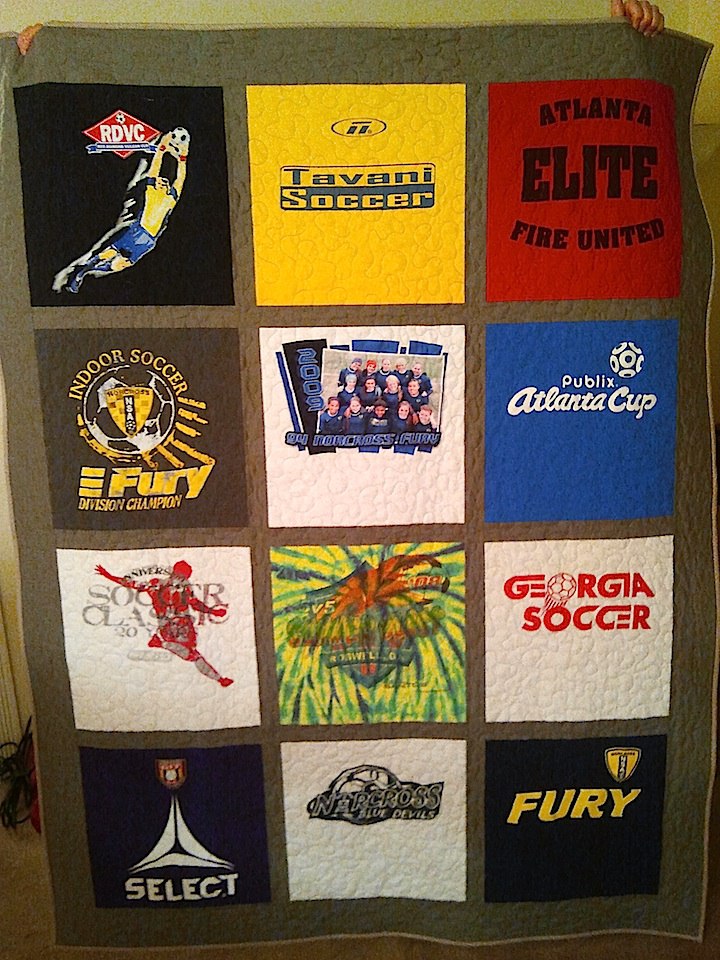 We don’t know who made it or what it looked like. But, slowly and simultaneously, other quilters began making T-shirt quilts. It follows that quilters took what they knew – the sampler quilt – and exchanged the pieced blocks for T-shirts.

During this period, quilters were working almost exclusively with cotton or cotton/polyester woven fabrics that did not stretch. But the T-shirt material, with which they were replacing the pieced blocks in their sampler quilts, stretched. This was a major issue.

The solution was iron-on interfacing. Interfacing is used in the making of clothing. It is used to stiffen fabric – like in the collar of a dress shirt.

It was the birth of the traditional T-shirt quilt and the rules for the T-shirt quilt were established: iron on backing to make T-shirt material stiff, and sashing between the rows and columns of same size T-shirt blocks. 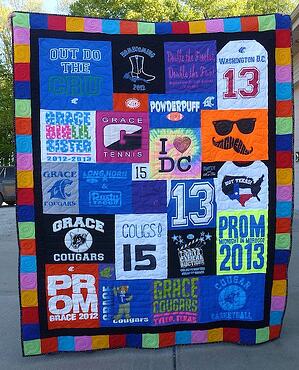 Breaking All the Rules

When I made my first T-shirt quilt in 1992, I didn’t know that there were rules. I didn’t have the Internet to turn to for directions. When my sister asked me to make her a T-shirt quilt, I had to figure it out from scratch.

I ended up breaking all the rules. I did not use interfacing to stiffen my blocks, I did not use cotton sashing and I didn't even cut all my blocks the same size.

My lack of knowledge of making a traditional T-shirt quilt let me approach the T-shirt quilt without any preconceived notions. As a result, I created the modern T-shirt quilt. In the past 20 plus years since then, I have made 1000’s of T-shirt quilts. Each and every one of them is unique, fun and dynamic.

These aren’t your grandmother’s T-shirt quilts.

Back to General Information About T-shirt Quilts